Our experts will reply you very soon.

* Mentioned prices may vary depending upon date of travel, hotel availability, surge pricing and seasonal rush.

Andaman and Nicobar have rich history dating back since 800 BC. These Islands are one of the famous Islands in the world and they have the best beaches in India. This must visit destination is a good place for vacationing but let us learn a thing or two about this paradise. The indigenous population called Andamanese and Nicobarese inhabit these Islands. The Islands of Andaman and Nicobar have five indigenous tribes that are still living in these parts like Jharwas (Jarawas), Onges, The Great Andamanese, Shompens, Sentenelese. The common languages they spoke were Onge, Andamanese, Sentinelese, Jarawa and Nicobarese. In addition to the tribal’s of the Island, it was believed that the Andaman Islands were descendants of African slaves that arrived in this Island after a shipwreck while being carried on board on a Portuguese ship, however, most of the anthropologist's sum-up with the fact that they are not Negros but Negritos. For years, the Andaman and Nicobar Islands have seen many faces from India’s First War of Independence that took place in the year 1857 to the Japanese Invasion during the 2nd World War. But with the coming of Indian Independence in the year 1947, these islands Andaman and Nicobar were united with the Indian mainstream. Today, you will find, its past relics, artefacts and ruins around the Island, in the museum of Cellular Jail in Andaman. For ages, the Andamans have been nicknamed as Kala Paani because of its cellular Jail. Earlier, Andaman used to be a prison central to take away the prisoners far from the mainland. Today, this Cellular Jail sources as a prime attraction for tourists. 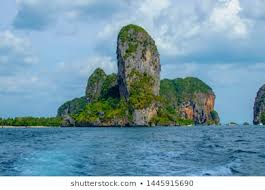 Fly in to Port Blair Airport. Our representative will meet and assist you at the Veer Savarkar Airport. Board the waiting vehicles, drive to your hotel and check in. First half of the day is at leisure. Later in the afternoon visit Cellular jail followed by light and sound show. The Cellular Jail has a pride of place in India’s freedom struggle. Many a stalwart were imprisoned here. Declared a national memorial, this three storey prison constructed by Britishers in 1906, is a pilgrimage destination for freedom fighters. This colossal edifice has mutely witnessed the most treacherous of inhumane atrocities borne by the convicts, who were mostly freedom fighters. The day draws to a gentle close with the Sound and Light Show at the historic Cellular Jail which gives you a vivid experience of its strong association with the freedom fighters and their struggle for independence. Overnight stay at respective Hotel at Port Blair.
Day 2:

After breakfast we will set out on a Sea Safari, we will reach the water sports complex from here we will take a luxury motor sail and explore the famous islands of North Bay coral island & the historic Ross Island, experience the fun of cruising and feel the joy of sailing through small big Island and discover the blue ocean and with the on board crew and activity experts who will there to assist you. Upon arrival back to the Port our escorts will arrange necessary transfers back to the respective hotel
Day 3:

After picking up your pack breakfast get transfer to Phoenix Bay Harbor to catch a ferry to Havelock. The Island (often just called Havelock) is one of the most beautiful and largest islands of Ritchie's Archipelago and is a placid heaven like no other. Situated 57 km north east of the South Andamans with an area of 92 Sq.Kms she offers a breathe taking trail of nature expeditions. The island is primarily populated by Bengali settlers. This picturesque Island with beautiful sandy beaches and lush green forest is also rated as the seventh most beautiful island in the world. It hosts two of the world’s most renowned beach; Radhanagar Beach. The Island also has the biggest concentration of breath-taking diving and snorkeling sites, thus acting as a paradise to marine world explorers. On arrival proceed to selected hotel. Stay here overnight amongst sandy beach and lush green forest in a comfortable beach resort.
Day 4:

After breakfast Visit For a trip to Kalapathar Beach, A beach with a beautifull Atmosphere With a crystal clean surface of sea water, Mesmerizing view of sandy beach, usually known as a great picnic spot for visitors. Kalapthar beach is Most famous for its Beauty of white sandy beach, and crystal clean water surface. Later Get back to hotel/resort. Overnight stay at Havelock
Optional Charegs : Elephenta trip with Snorkling Complimntry @ 1600 Per Person ( transportation Included )
Day 5:

After breakfast, the cab will be provided to pickup and drop guest to Beach No 7, Radhanagar beach rated as the best beach in Asia. Spend the day relaxing on this beach. Return to Port Blair as per ferry timings advised. Upon return from Havelock Island, transfer to HotelOvernight stay at respective Hotel at Port Blair. (Note- Ferry timings is mentioned in the tickets – please report 45minutes prior to departure with a valid photo id card, Ferry Operation is purely subjected to Govt. clearance)
Day 6:

Transfer to Airport and Departure with unlimited memories… TOUR END!!!